I collected everything when I was a kid. Along with my huge baseball card collection, I also collected stamps, coins, rocks, arrowheads, Garbage Pail Kids, and just about anything else I could get my hands on. For me, collecting things was a part of growing up.

I look back on it now, and I wonder if I collected things as a kid because I equated items with wealth. To a kid, however, wealth is relative. In fact, there is an entire underground economy run by strictly by kids. Instead of trading equities on Wall Street, kids run their own black markets in playgrounds and backyards across America – and probably throughout much of the world as well. 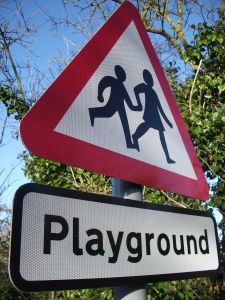 Here is an example: Little Johnny is playing in the woods and finds a rock with a strip of quartz through it. The next day Johnny brings his “crystal” to school, and as soon as he starts showing it off, other kids decide they want one too. Not only does Johnny score a few popularity points, that crystal gains value.

Maybe Johnny can trade his crystal to another kid for a baseball card. Then Johnny decides he values something else more than his new baseball card. If he is good, Johnny can trade that baseball card for a sack of marbles, or maybe a book of stickers. Several trades later, Johnny has turned the little crystal he found in the woods into two shiny quarters, which he will then use to buy a can of soda. But somehow, nobody would have ever traded a can of soda for the rock crystal. Go figure.

I remember making similar trades while growing up. The trick is to find what other people value and give them what they want. The other thing to remember is that the rarer an item is (or to young boys the more disgusting it is), the more valuable it is. To a kid growing up in deer hunting country, a deer antler is fairly common. But to a boy who grew up in the suburbs or in the city, a deer antler is as rare as gold. But, no matter where a boy grows up, a genuine snake skin or rattlesnake tail is the holy grail of the playground economy. You just don’t trade those unless you are receiving serious value in return!

The playground economy is important. It teaches young people (relative) value and it teaches them to have an entrepreneurial spirit. These experiences will later serve those same kids when they take their first high school jobs, then go off to college, and finally go out into the real world and start working a full-time job. Those who really embrace the concept may start their own businesses, or join a firm where they trade equities. Eventually, they may be the head of a private equity firm or CEO of a giant corporation.