Note: this article was originally published in 2010, three years after I started writing anonymously at my personal finance site, CashMoneyLife.com. The article has since been moved to this site.

I have a confession to make. For the past three years, I have been blogging under the name Patrick, which is my middle name. My real name is Ryan Guina. Why am I sharing this? There are several reasons actually, but the main reason is transparency. I want daily readers and anyone else to know that there is a real person at the other side of this computer, not just a “guy named Patrick.” In the interest of transparency, I will share why I chose to use a pseudonym, why I am “outing” myself, what it means for readers, and my thoughts on being anonymous on the internet.

Why I Chose to be Anonymous 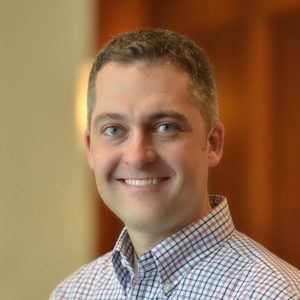 When I first started blogging I had little knowledge of internet communities. I used the internet for news, e-mail, and online banking. The idea of creating a website about personal finance and using my real identity made me think people would be able to find out more about my financial situation and possibly make me a target for identity theft.

There were also several prominent personal finance bloggers who maintained anonymity when I started blogging, which made the decision easier (see Nickel, FMF, AFM, MBH, and others). In the end, I decided to use my middle name because I thought it was more approachable than using initials, and it was easier for me to identify with.

Anonymity and Blogging in the Workplace

The deciding factor to use a pseudonym came when I read the paperwork I had recently signed at my (then) new job; it was a non-compete agreement that included provisions for company ownership/compensation for creating anything technology related while an employee for their firm.

The fine print led me to believe that I would be fine as long as I didn’t use company equipment, but I didn’t want to take any chances. I was new to the corporate world after a tour in the USAF and I didn’t want there to be any conflicts of interest or give them any reason to come after me. (note: I haven’t worked for that company for over two years and they have since been acquired by another company). If you are considering something similar, talk to your ethics department about any potential conflicts of interest.

Why I am Now Using My Real Name

As I mentioned at the beginning of the article, this is mostly about transparency. I want people to know that they aren’t receiving articles and correspondence from an anonymous writer. There are other reasons as well – including branding, correspondence, and business.

I have been building a “brand” under a single name, which doesn’t do me much good if a reporter wants to use my story or if a publication wants me to write for them. It is much better, in the long run, to build my online identity under the name Ryan Guina than it is to continue using my middle name.

Using my full name also makes it easier to deal with advertisers and other people I work with who need to know my real name for business reasons. Signing e-mails and receiving mail and checks under both names gets confusing and is less efficient than it needs to be.

Should You Use Your Real Name Online?

Now to address this topic on a broad level. Using my middle name online when I started blogging made sense for me at the time. But I wish I had used my real name from day one. Using my full name would have been easier for correspondence and could have led to more personal and professional opportunities. This has been an important lesson for me. But what works for me may not work for you. There are dozens of examples of anonymous bloggers who decided to use their full name, others who were outed by someone with good investigative skills, and others who have chosen to remain anonymous. There are even some bloggers who have gone through multiple identities.

Pros and Cons of Blogging Under a Pseudonym

There are many reasons people prefer to remain anonymous. Sometimes it is to keep their day job (many people have been fired for blogging), other times it’s for privacy, and some people find that it opens more doors to them. Here is an example of the latter reason from a staff writer on CopyBlogger: Why James Chartrand Wears Women’s Underpants. And, no, it’s not what you are thinking.

On the flip side, some people find that using their real name opens doors to further opportunities. A great example of this is Kerry Taylor from SquawkFox, who received a book deal based on the quality of the writing on her blog. You can read her story here.

Using Your Real Name Online is a Personal Decision

I know many people who are in a similar situation as myself, some of whom will ultimately use their real name and others who will continue to be anonymous for the foreseeable future. I can only speak from my personal experience and reference a couple of other people who wished they would have used their real name at the onset.

However, there is a strong reason to remain anonymous. People have been fired or lost relationships due to their online activities, including blogging, publicly speaking out against their company, sharing information that should have remained private, or other reasons.

This was originally published Mar 1, 2010 on my personal finance site, CashMoneyLife.com.

Welcome to My Site!

I love helping people. In my day job, I help people learn more about personal finance and military benefits. But I also love sharing information that will help people save time and money - so they can live the life they want to live, without too much worry. Can I help you? Drop me a line!

Affiliate Disclaimer - As an Amazon Associate I may earn commissions from qualifying purchases from Amazon.com.