It’s hard to believe that 10 years have passed since terrorists attacked America on September 11, 2001. But at the same time, the after effects of those events continue to be felt today, making it hard to remember what life was like before those terror attacks shook the world.

Like Pearl Harbor, the assassination of JFK, or the Challenger incident, the terrorist attacks of September 11th are one of those tragic historic events that leave an indelible mark on our collective history. You will always remember where you were and what you were doing when you first witnessed this tragic event. I still remember it like it was yesterday.

My story isn’t remarkable – like millions of people, I was nothing more than a bystander, watching as events unfolded half a world away. But even though I wasn’t directly involved with these events and even though ten years have passed, the terror attacks continue to stir up deep feelings inside me. America – and the rest of the world – has been changed forever by these events.

I was a little over two years into my enlistment in the USAF, where I served as an aircraft mechanic. I was living in the dormitories at RAF Lakenheath in the United Kingdom, just over an hour’s drive northeast of London.  At the time I was working the midnight shift and I had been asleep for several hours when I heard a pounding at my door.

“You have a car in the parking lot?”

“Move it. We’re in ThreatCon Delta.”

“What!?” The look on his face told me this wasn’t some random exercise. This was the real deal.

“Turn on the news. A plane flew into a building in New York. They say it’s terrorists. The base is shutting down – move your car and stand by for further instructions.”

At that point you don’t know what to think or do. And there wasn’t anything I could do, really. So I moved my car. (Security measures during ThreatCon Delta prohibit vehicles within a certain distance of buildings on base).

Once I was back in my room I camped in front of the news; like millions of other Americans and people throughout the world, this was the only way to find out what was happening. I watched the news in an endless loop. First with sound, then in silence. Sometimes words just get in the way, and this was one of those times.

I made phone calls. I double checked my gear – I was ready to go if needed. I watched the news again and again. I wrote letters, not knowing if or when I would mail them. (I later did, but not until we were sent down range about a month later). 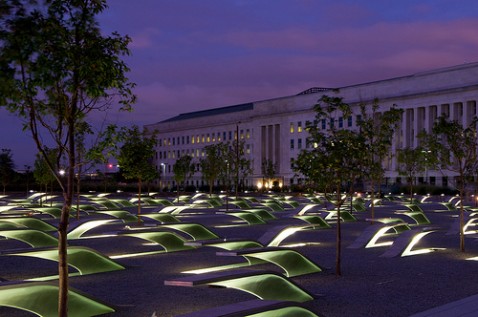 Then sometime in the wee hours of the night, I was done. The reality of the situation was too much. I turned off the TV and sat in silence. I lit a candle and turned of the lights. But my mind wouldn’t stop racing. A line had been crossed and everything was different. 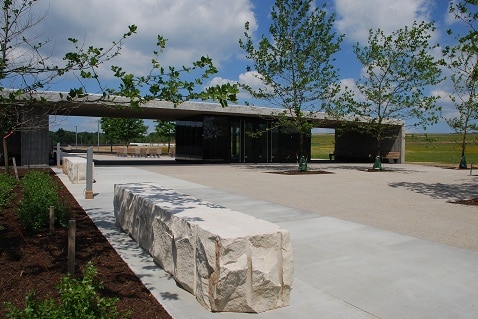 The answer is – you can’t. You do your job every day and you train. You live life the best you can everyday and leave the rest to God.

It’s been ten years now. And I will never forget that day or the weeks, months, and years which followed. I will always remember.

This essay was originally published on my military benefits website, TheMilitaryWallet.com on Sept. 11, 2011.